In 2009, the Wisconsin Legislature saw fit to pass legislation “Enabling” (making it legal to do so) organization of intergovernmental cooperation in the area of regional mass transit. These Regional Transit Authorities had many of the powers (including levying taxes) that municipalities and counties do.

Here’s a document that shows how the process was done, what the votes were to establish these authorities, and other details.

The documents do not state whether additional RTAs would be enabled to be created, should government entities in other regions express interest and willingness to proceed.

Clearly, when we force the Legislature to re-enable Regional Transit Authorities, the Bills that are passed should state that there are no limits on the regional authorities that may be formed, so long as they are not overlapping, which would be an inefficient use of The People’s resources.

Ad for a manufacturer of trains that could be used in Wisconsin Regional Transit Authorities. Too bad we couldn’t have had such manufacturing
here in Wisconsin, eh? 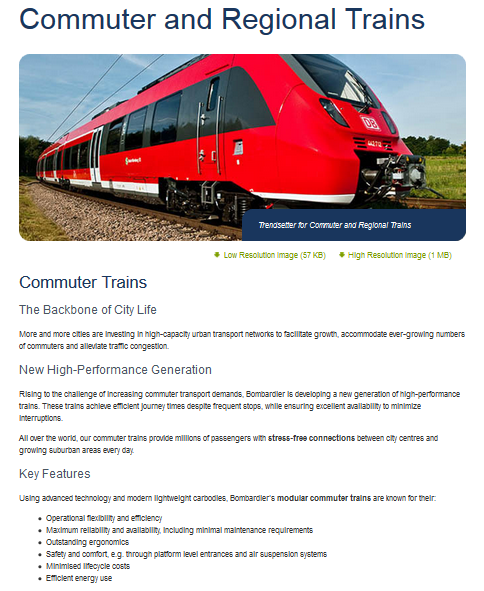