The Hidden Automation Agenda of the Davos Elite

This year’s World Economic Forum in Davos, Switzerland, where business leaders’ public positions on automation’s impact on workers did not match the views they shared privately.

DAVOS, Switzerland — They’ll never admit it in public, but many of your bosses want machines to replace you as soon as possible.

I know this because, for the past week, I’ve been mingling with corporate executives at the World Economic Forum’s annual meeting in Davos. And I’ve noticed that their answers to questions about automation depend very much on who is listening.

In public, many executives wring their hands over the negative consequences that artificial intelligence and automation could have for workers. They take part in panel discussions about building “human-centered A.I.” for the “Fourth Industrial Revolution” — Davos-speak for the corporate adoption of machine learning and other advanced technology — and talk about the need to provide a safety net for people who lose their jobs as a result of automation.

But in private settings, including meetings with the leaders of the many consulting and technology firms whose pop-up storefronts line the Davos Promenade, these executives tell a different story: They are racing to automate their own work forces to stay ahead of the competition, with little regard for the impact on workers.

All over the world, executives are spending billions of dollars to transform their businesses into lean, digitized, highly automated operations. They crave the fat profit margins automation can deliver, and they see A.I. as a golden ticket to savings, perhaps by letting them whittle departments with thousands of workers down to just a few dozen.

“People are looking to achieve very big numbers,” said Mohit Joshi, the president of Infosys, a technology and consulting firm that helps other businesses automate their operations. “Earlier they had incremental, 5 to 10 percent goals in reducing their work force. Now they’re saying, ‘Why can’t we do it with 1 percent of the people we have?’”

Few American executives will admit wanting to get rid of human workers, a taboo in today’s age of inequality. So they’ve come up with a long list of buzzwords and euphemisms to disguise their intent. Workers aren’t being replaced by machines, they’re being “released” from onerous, repetitive tasks. Companies aren’t laying off workers, they’re “undergoing digital transformation.”

A 2017 survey by Deloitte found that 53 percent of companies had already started to use machines to perform tasks previously done by humans. The figure is expected to climb to 72 percent by next year.

The corporate elite’s A.I. obsession has been lucrative for firms that specialize in “robotic process automation,” or R.P.A. Infosys, which is based in India, reported a 33 percent increase in year-over-year revenue in its digital division. IBM’s “cognitive solutions” unit, which uses A.I. to help businesses increase efficiency, has become the company’s second-largest division, posting $5.5 billion in revenue last quarter. The investment bank UBS projects that the artificial intelligence industry could be worth as much as $180 billion by next year. 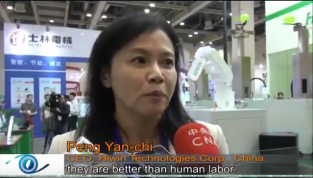 Kai-Fu Lee, the author of “AI Superpowers” and a longtime technology executive, predicts that artificial intelligence will eliminate 40 percent of the world’s jobs within 15 years. In an interview, he said that chief executives were under enormous pressure from shareholders and boards to maximize short-term profits, and that the rapid shift toward automation was the inevitable result. 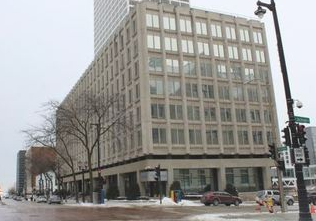 The (proposed) Milwaukee offices of the Taiwanese electronics maker Foxconn, whose chairman has said he plans to replace 80 percent of the company’s workers with robots in five to 10 years. (TMJ4 photo)

“They always say it’s more than the stock price,” he said. “But in the end, if you screw up, you get fired.”

Other experts have predicted that A.I. will create more new jobs than it destroys, and that job losses caused by automation will probably not be catastrophic. They point out that some automation helps workers by improving productivity and freeing them to focus on creative tasks over routine ones.

But at a time of political unrest and anti-elite movements on the progressive left and the nationalist right, it’s probably not surprising that all of this automation is happening quietly, out of public view. In Davos this week, several executives declined to say how much money they had saved by automating jobs previously done by humans. And none were willing to say publicly that replacing human workers is their ultimate goal.

“That’s the great dichotomy,” said Ben Pring, the director of the Center for the Future of Work at Cognizant, a technology services firm. “On one hand,” he said, profit-minded executives “absolutely want to automate as much as they can.”

“On the other hand,” he added, “they’re facing a backlash in civic society.”

For an unvarnished view of how some American leaders talk about automation in private, you have to listen to their counterparts in Asia, who often make no attempt to hide their aims. Terry Gou, the chairman of the Taiwanese electronics manufacturer Foxconn, has said the company plans to replace 80 percent of its workers with robots in the next five to 10 years. Richard Liu, the founder of the Chinese e-commerce company JD.com, said at a business conference last year that “I hope my company would be 100 percent automation someday.”

One common argument made by executives is that workers whose jobs are eliminated by automation can be “reskilled” to perform other jobs in an organization. They offer examples like Accenture, which claimed in 2017 to have replaced 17,000 back-office processing jobs without layoffs, by training employees to work elsewhere in the company. In a letter to shareholders last year, Jeff Bezos, Amazon’s chief executive, said that more than 16,000 Amazon warehouse workers had received training in high-demand fields like nursing and aircraft mechanics, with the company covering 95 percent of their expenses.

But these programs may be the exception that proves the rule. There are plenty of stories of successful reskilling — optimists often cite a program in Kentucky that trained a small group of former coal miners to become computer programmers — but there is little evidence that it works at scale. A report by the World Economic Forum this month estimated that of the 1.37 million workers who are projected to be fully displaced by automation in the next decade, only one in four can be profitably reskilled by private-sector programs. The rest, presumably, will need to fend for themselves or rely on government assistance.

In Davos, executives tend to speak about automation as a natural phenomenon over which they have no control, like hurricanes or heat waves. They claim that if they don’t automate jobs as quickly as possible, their competitors will.

“They will be disrupted if they don’t,” said Katy George, a senior partner at the consulting firm McKinsey & Company.

Automating work is a choice, of course, one made harder by the demands of shareholders, but it is still a choice. And even if some degree of unemployment caused by automation is inevitable, these executives can choose how the gains from automation and A.I. are distributed, and whether to give the excess profits they reap as a result to workers, or hoard it for themselves and their shareholders.

The choices made by the Davos elite — and the pressure applied on them to act in workers’ interests rather than their own — will determine whether A.I. is used as a tool for increasing productivity or for inflicting pain.

“The choice isn’t between automation and non-automation,” said Erik Brynjolfsson, the director of M.I.T.’s Initiative on the Digital Economy. “It’s between whether you use the technology in a way that creates shared prosperity, or more concentration of wealth.” 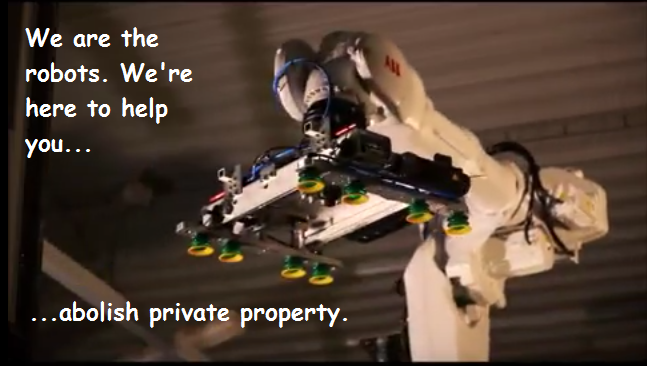 Kevin Roose is a columnist for Business Day and a writer-at-large for The New York Times Magazine. His column, “The Shift,” examines the intersection of technology, business, and culture. @kevinroose • Facebook
A version of this article appears in print on Jan. 25, 2019, on Page B1 of the New York edition with the headline: The Automation Agenda Hidden by the Davos Elite.