The Central Wisconsin Green Party chapter endorses the non-violent direct action initiated by the Standing Rock Sioux Nation at Cannonball, North Dakota in effort to block the Dakota Access Pipeline which would carry the volatine, explosive, low-quality crude oil from the fracked oil field in the Bakken region of North Dakota. The pipeline would cross the sovereign territory of the Standing Rock Sioux, and cross North Dakota, South Dakota, Iowa and parts of Illinois using the unconstitutional “corporate eminent domain” process to seize farmlands and other personal landholders’ lands in order to profit the oil and gas interests who have heavily invested in the Bakken. It is a lose-lose for the people.

Long-time friend and collaborator of the Green chapter, nom de plume Johnny Dangers, will travel to the camp to help tell this critical story of our times, stand in solidarity, possibly face arrest. It is a story of Breaking Free of Fossil Fuels, and of native people’s assertion of centuries-old treaty rights with the Federal Government. We cannot permit the U.S. oil and gas industries to continue trampling on the rights of native people and non-Indian people in the Great Plains, simply to try and bail themselves out of insurmountable debt-loads to the finance capitalists, debts which will never be paid off, with or without a pipeline. 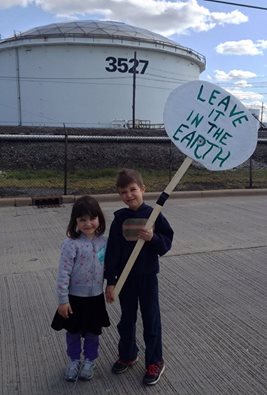 “Why do I feel called to stand up to the Dakota Access Pipeline?
They can’t fight back but I can! We can.

What do we say to them if we don’t?”  –Johnny Dangers

The PayPal button references our Central Wisconsin Greens member’s non-partisan County Board campaign fund, which is offered free of fees by a local community-minded bank, and all funds will be accounted for and disbursed according to the mission above. Wisconsin local elections are non-partisan, so this is not a Green Party-specific account.