We say: NO “Right to Work” for Wisconsin! 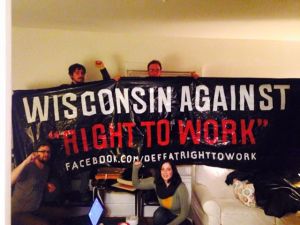 Worker’s are ready to fight ‘Right to Work’ because ‘Right to Work’ is not about democracy or choice, it’s an attack from big business on the working people of Wisconsin.