Updating is underway. There is so much material in this subject, it’s ridiculous beyond belief.

This reading list is part of a compilation we’ll call “The Self-destruct Phase of Capitalism,” because what all these readings illustrate is the end of the old wage-labor system of creating wealth by exploiting a working class and extracting surplus value from their labor. We now live in the era of the robot, and we’re going to have to make other arrangements in order for masses of people to survive.

Links are typically highlighted in color, click to view in new window. Apolgoies for the generally shitty formatting. This is a cobbled-up mess, but you’ll handle that…

Entry on 12/1/2014
Robot Economy Could Cause Up To 75 Percent Unemployment
Read more: 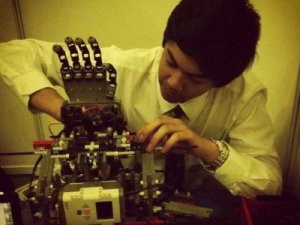 US median income has plunged, inequality has grown in Obama “recovery” 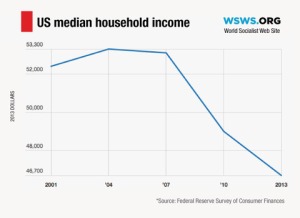 We’re Heading into a Jobless Future, No Matter What the
Government Does 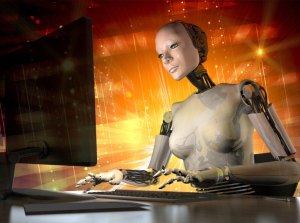 Robots Will Steal 50% of Human Jobs in Near Future, says MIT and Professors 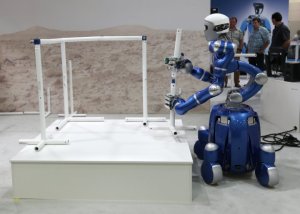 About the Author
Sarah Kendzior

Sarah Kendzior is a St Louis-based writer who studies politics and media.

Temp worker nation: If you do get hired, it might not be long

Krugman: Rise of the machines partly to blame for income inequality

Foundational work for understanding the era of robotics and artificial intelligence and why “this changes everything.”

“Race Against the Machine” by Erik Brynjolfsson and Andrew ­ McAfee, two economists at the Massachusetts Institute of Technology, is reviewed in Financial Times–

The “great decoupling” of the US economy. Rising productivity and profits not longer connected to rising workers’ living standards or prospects for survival.

“Robotic Nation” by Marshall Brain, explores some of the sociology that comes with a rapidly displaced working class. In particular, pay attention to his comments about what will become of the people made homeless in this onslaught–

Foundational work on the changing class system in the USA/the World
The Precariat: The New Dangerous Class

Free Money for Everyone! What’s the World Coming To?
by DANIEL RAVENTÓS and JULIE WARK